Can't read this? Click here
There’s more than magic and monsters down in them Louisiana swamps, but there’s a bit of both in NOLA, the debut album from heavy metal superbeing Down. Led by Phil Anselmo, in just 13 songs Down have created a sound all their own. It’s an album that lives and breathes its environment, an uprising of sludgy southern heaviness tempered with those Black Sabbath-blues. From the high flying ‘Temptation’s Wings’ and ‘Stone The Crow’, which knocks all contenders off their perch, to the look-inside-yourself coupling of ‘Lifer’ and ‘Rehab’, lyrically NOLA is as open as it is thought provoking – a swamp monster that just wants to be understood. Here is a project-band with that rare kind of immediate magic, and NOLA casts a spell that few others could muster. 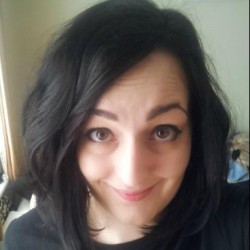 Posted in On The Record | No Comments »
Tags: Album, Down, Nola, Phil Anselmo, Review

Your message was successfully sent.
Thank You!